FIVE schools have been placed on coronavirus infection alert as teachers and pupils are told to quarantine themselves.

Panicked parents pulled kids out of Cottesmore St Mary’s Catholic and Bevendean Primary School in Brighton over fears the deadly disease is spreading. 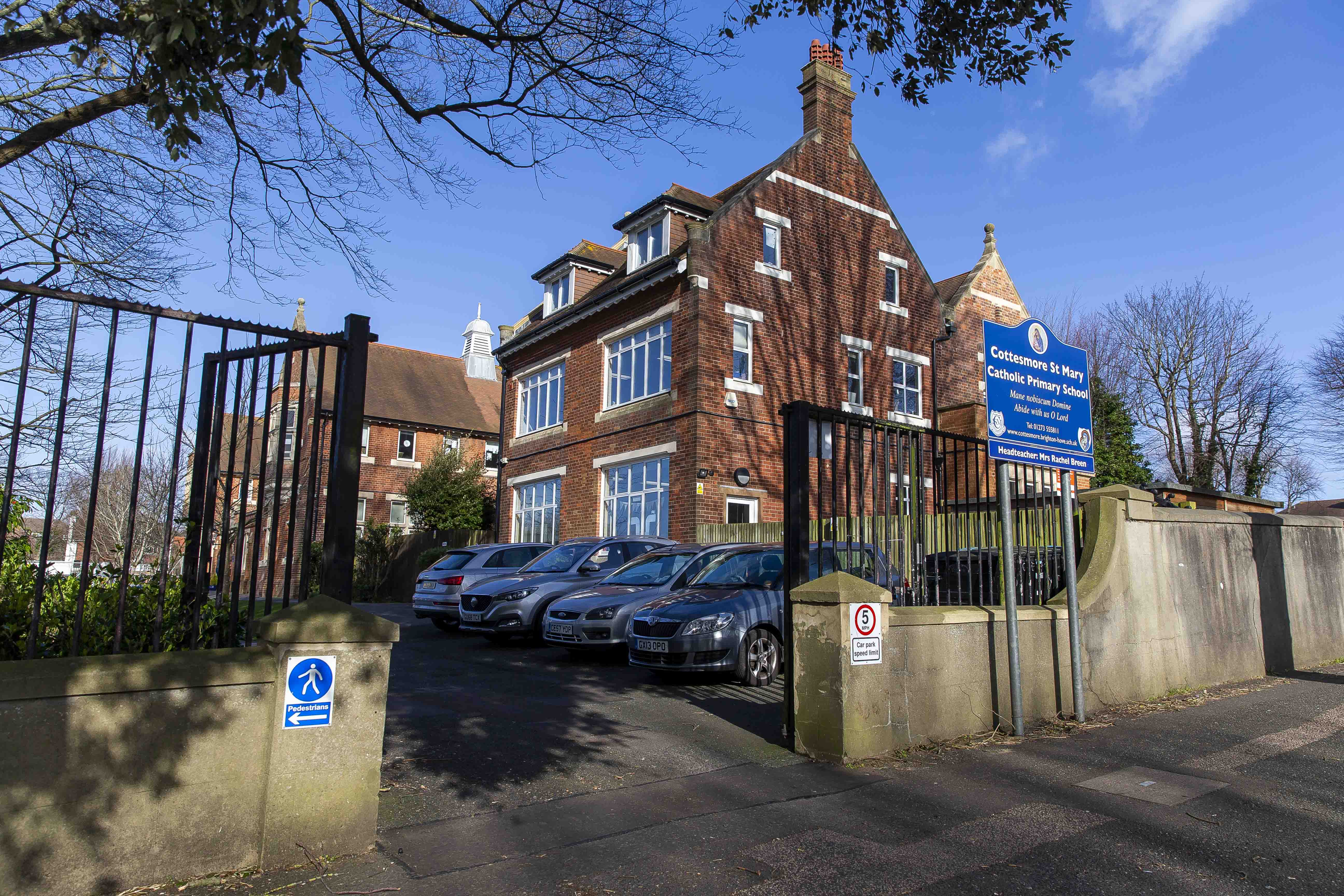 Pupils at Cottesmore St Mary’s Catholic Primary School have been told they can stay at home after it was revealed two were put in ‘self-isolation’Credit: Chris Eades 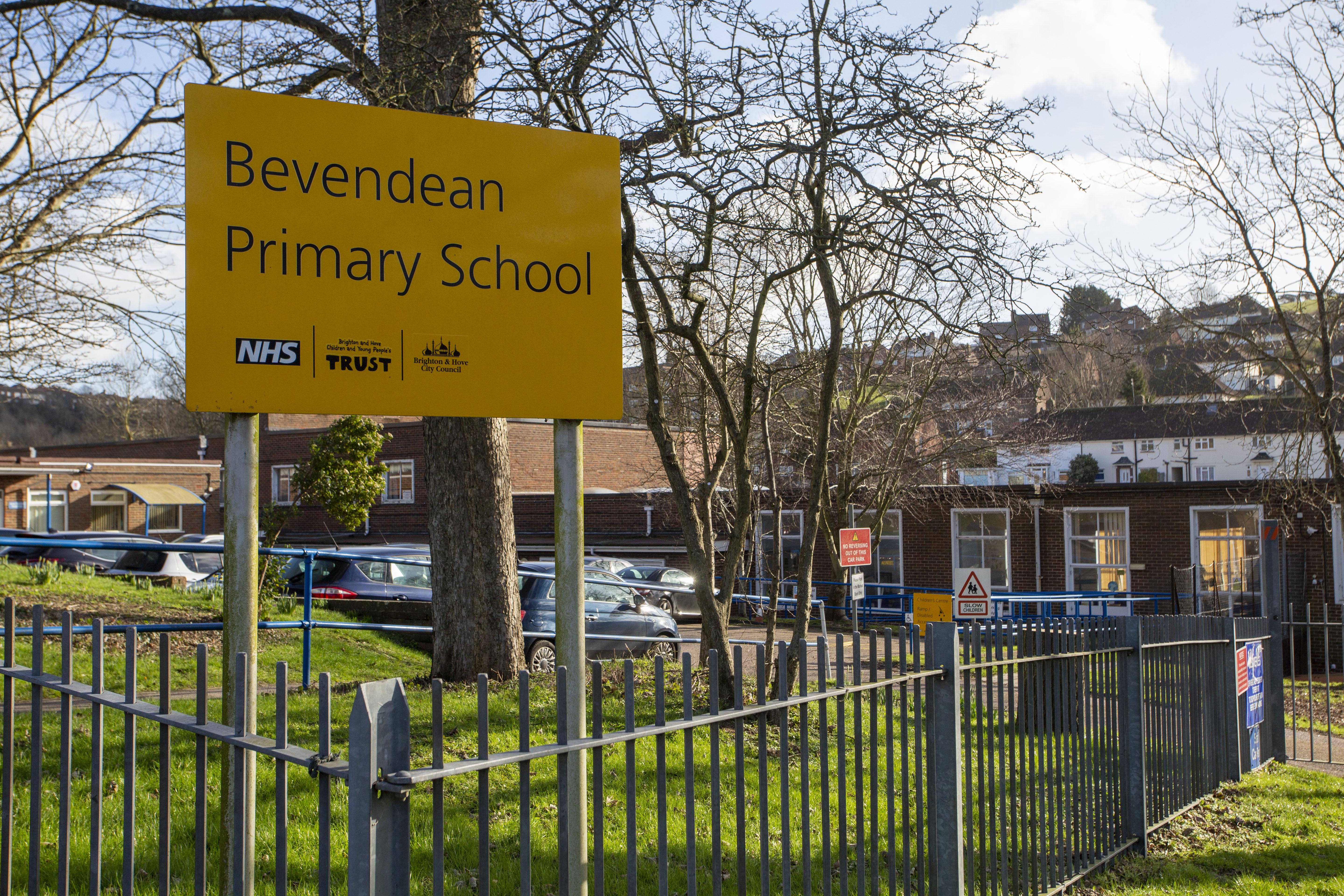 A mother of a child at Bevendean Primary School said she was ‘shaking with fear’ after learning one of its teachers had contact with a coronavirus patientCredit: Chris Eades

Meanwhile one of the seaside city’s largest secondary schools warned mums and dads that a “member of its community” was in quarantine.

Varndean School, which has around 1,300 pupils, announced that a person connected to it had been told to ‘self-isolate’ for 14 days by Public Heath England, the Daily Mail reports.

Brighton has become the epi-centre of the virus after a cub Scout leader dubbed the Coronavirus “super-spreader” unwittingly brought it into the UK last month following a business trip to Singapore.

Stephen Walsh, 53, from Brighton, may have spread the virus to dozens of people without suffering any symptoms himself.

At Portslade Academy a pupil was advised to self-isolate for a fortnight after contact with Mr Walsh.

The schools are among several that have been forced to issue warnings to parents.

Parents at Cottesmore St Mary’s Catholic Primary School in Hove told of their shock after learning two pupils – thought to be Mr Walsh’s children – were in quarantine.

Headteachers alerted parents via email this morning to warn them of the potential coronavirus outbreak as staff members were advised to self-isolate after coming into “close contact” with the businessman.

Worried mum Fran Gray, 40, said she rushed 20 miles to pick up her daughter from school after a parent WhatsApp group “went crazy” at the news.

“Everyone is panicking and going crazy,” she told Sun Online.

The UK remains on high alert as a growing number of people are tested for the highly contagious virus — labelled Covid-19 by the World Health Organization.

It comes after medics wearing hazmat suits were spotted in universities and health centres across the country.

As it stands, two prisoners are currently being tested for coronavirus at HM Prison Bullingdon in Bicester, Oxfordshire.

Similarly, a student from the University of Bath, suspected of having the killer-flu, is in self-isolation awaiting results of a test.

Elsewhere, Boundary House Surgery in Bracknell, Berkshire, was put on lockdown earlier today to ensure a deep clean is carried out over coronavirus fears  — sparking panic among locals.

Unconfirmed reports suggests that someone — who potentially has the deadly SARS-like virus — had booked into the extended-hours surgery after returning from Thailand.

Two people from Cottesmore St Mary’s Catholic Primary School — where ‘super-spreader’ Mr Walsh’s children attend — are currently in self-isolation for the next 14 days.

The school today would not clarify if the two patients are pupils or teachers.

Meanwhile, a teacher was “self-isolated” at Bevendean Primary School — prompting parents to “shake with fear”. 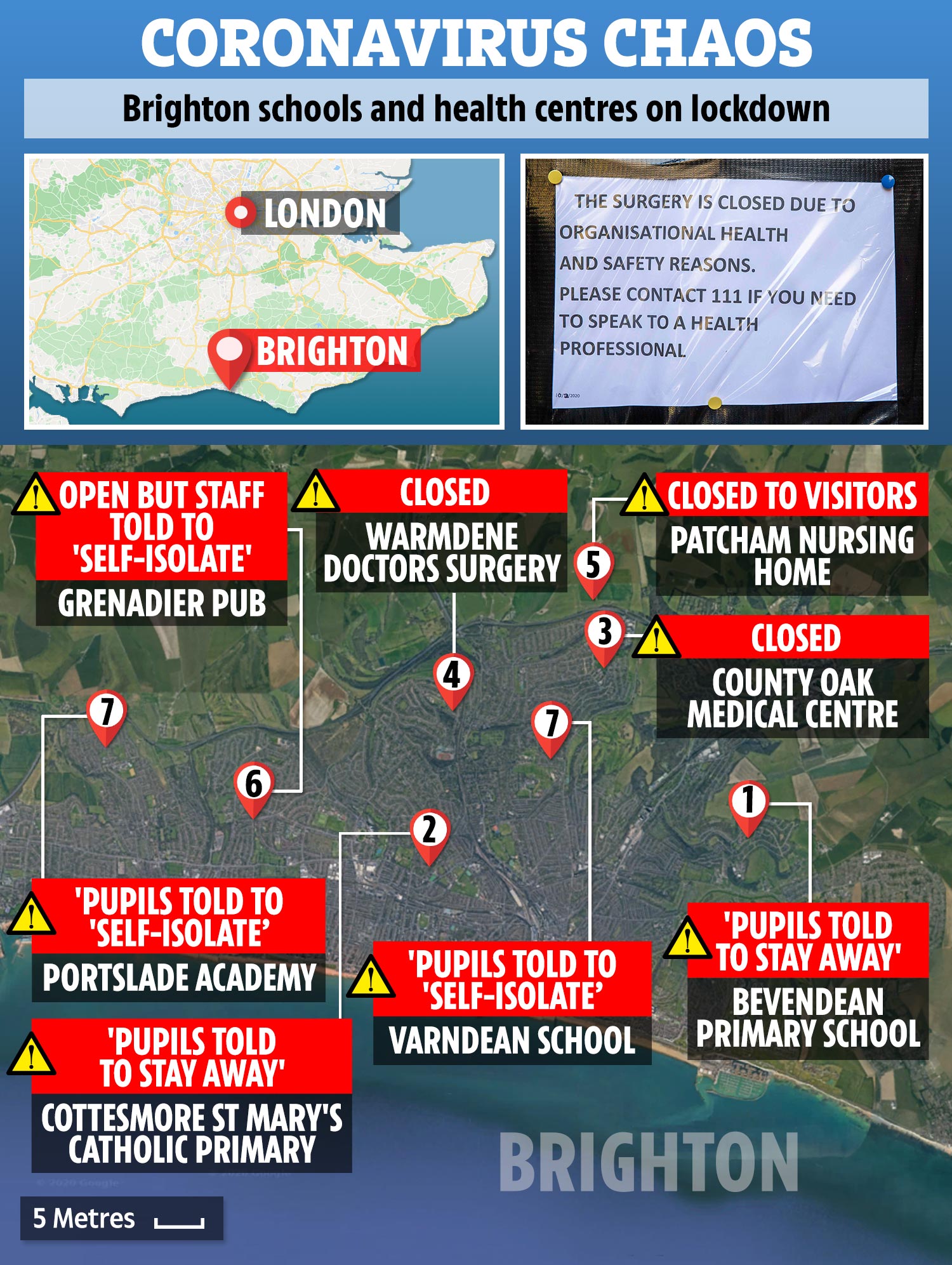 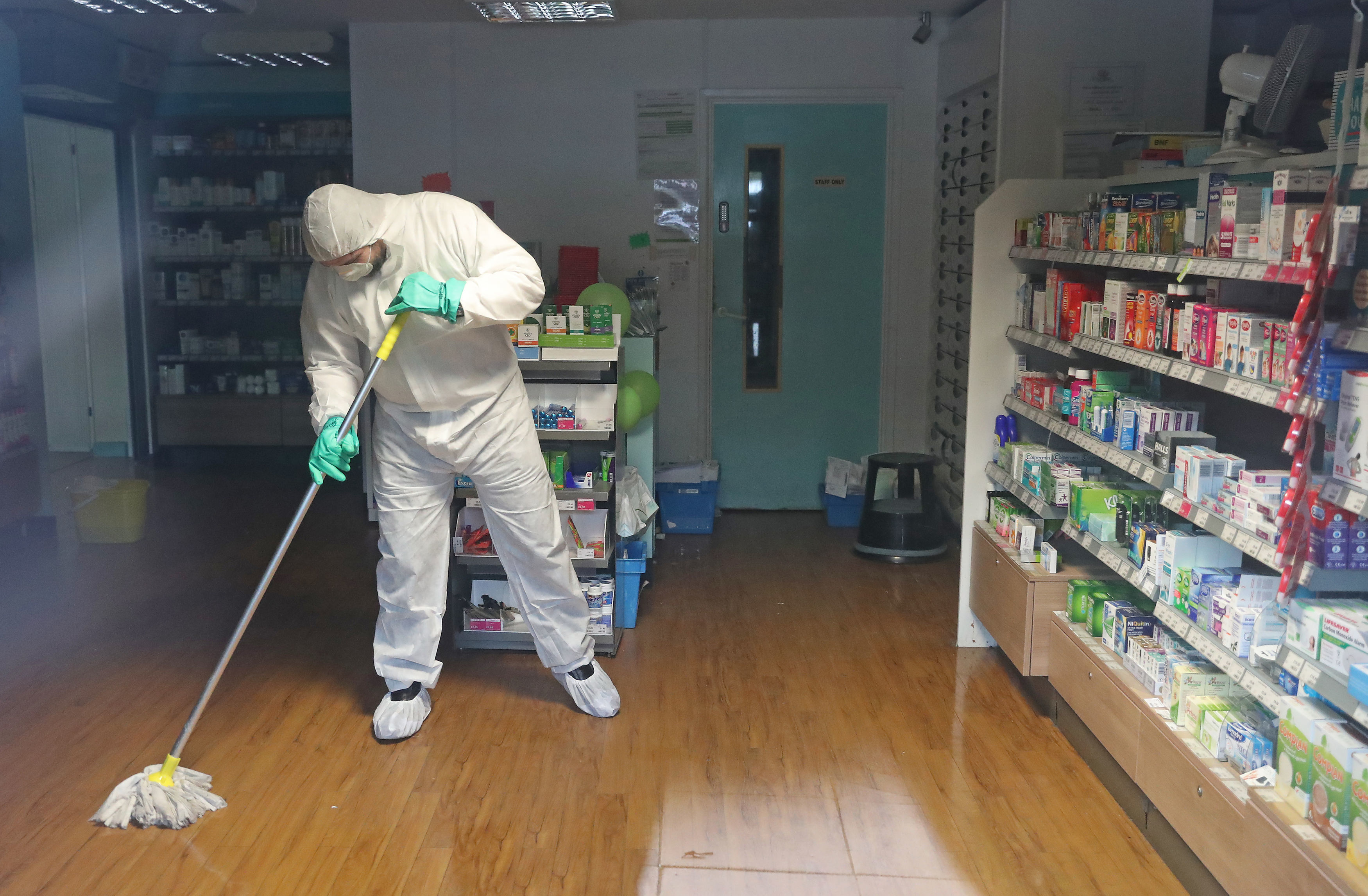 Ms Gray, 40, said she rushed to collect her daughter after Cottesmore emailed parents informing them of the potential coronavirus link.

She said: “The mum’s WhatsApp group went crazy and one of the mums said the pupil in question is in Year 6 so I was instantly worried it was my daughter’s buddy.

“I’m just glad parents were given the option to collect their children.

“The kids can have the rest of the week off and then it’s half term next week.

“The school said they’ve already done a deep clean and they’ll be doing another one tonight.”

Another mum said: “I received an email from the school saying we had an option to collect our children.

“I panicked a little bit because obviously it’s spreading around Brighton.

“I just did what every parent would do and came straight down to pick my children up.

“The school has said it is a safe environment but I just wanted to be sure and picked them up straight away.”
Everyone is panicking and going crazy

Another distressed mum recalled how she picked up her five-year-old daughter instantly after receiving the email.

Not willing to take any risks, she added that her child will go back to school once they give her the all-clear.

She said: “I will be keeping my daughter at home until I receive 100 per cent confirmation it’s safe to do so.

“The school has taken the right precautions and there are hand sanitisers all around the building.

“But I still had to do the right thing and pick her up.”

Sarah Lewis, 48, whose six-year-old daughter goes to Cottesmore, told Sun Online: “Apparently a lot of kids were taken out [by parents]. Probably about two thirds of one of the classes.

“People are worried their kids have been in contact with other people.

“There is a lot of tension in the parent groups. They are worried.

“They had a full assembly with hand washing and they all got a bottle of sanitiser and they were told to keep their hands washed.

She told BBC Radio 4: “Parents with children with heart conditions and asthma are obviously concerned as their children would be deemed as ‘high risk'”.

But Ms Brown also criticised the lack of information about coronavirus and called for better communication.

She added: “We received a letter today telling us that two people are in self-isolation for 14 days after coming into contact with the coronavirus.

“Last week, the children were all given anti-bacterial hand gel as a precaution, leading to questions about what was known then and what has since been communicated to us.”

Concerned parents at Bevendean Primary School also told The Argus their children had been given the option to stay home.

A mother with a six-year old son at the school said: “I’m still shaking.

“I was going to take my child to school, but then I got the email at 7.10 this morning — I’m just glad I checked.

“The pupils have been given the choice whether to go in or not ­– it’s up to parents, and if they take the time off it goes down as an authorised absence.”Dr Catriona Greenwood is thought to be one of the two medics infected — and may have passed the bug on to patients.

It comes after a second doctor’s surgery in the city — the Warmdene surgery — linked to the Brighton coronavirus super-spreader, closed.

Dr Greenwood works as a locum at the practise which has since been shut for decontamination as officials scramble to trace patients to be tested.

The surgery is part of the same practise as the County Oak Medical Centre, which was closed while staff in hazmat suits deep cleaned the surgery yesterday afternoon.